a quick and overdue update...

its been a little over a week since i last updated everyone.

since we got the good news last, last monday, we have been busy meeting with the docs to arrange the next couple months. so this is basically the run down from the last week..

tuesday 10/21:
met with doc carlson, and he reinforced how well trish has done... he agreed with the tests, and No Evidence of Disease, and said trish could not be doing any better. he gave trish her orders for herceptin, and headed upstairs for the 1.5 hour infusion (3x the amount now that trish gets it every 3 weeks). we will meet with dr. carlson again in 6 weeks (after surgery), then we will be on a 9 week schedule of seeing him.

wednesday 10/22:
in the morning, we headed back to the cancer center for a flu shot that they forgot to give trish on tuesday. feeling great, trish and ria brought caden and lucas to the woodside library for story time a little later.

thursday 10/23:
trish, jane and i heading back to the stanford cancer center for a cancer fair / survivor celebration.. got some good information on some up coming clinical trials, post surgery bras and saw chemo buddy christine.

in the evening, trish headed to healing touch.

friday 10/24:
trish, ria and i heading back to stanford for our first meeting with the plastic surgeon, dr. gordon lee (scroll to the bottom for his bio). we both liked dr. lee, and we talked for a while about the choices that need to be made going forward. dr. lee has a 1 hour long video of a presentation he gave on the topic of breast reconstruction, and talks in detail of all the options available today. if you are interested, here is the link to it:

basically the choices are:

tissue expanders are basically implants that get filled with saline every week to help expand the tissue to the size of implants you will have in the future...
they also help emotionally knowing that "something" is there immediately after surgery.


reconstruction: DIEP-Flap (tummy tuck, and implants using your own tissue) or artifical implants (saline or silicon)... the silicon of today is much different than the silicon implants the FDA banned in 1992. they were reintroduced by the FDA 2 years ago, and 16 years of research has made a difference in their safety, and currently 95% of dr. lee's patients opt for silicon as it feels more natural and comfortable, especially when laying down on your stomach. this is a decision that we will make later down the road, not now.

timing: if trish decides on a double mastectomy, she can choose to remove both at the same time, or just remove the "cancer" side now, and wait to remove the second later

so its kinda information overload. there is no perfect solution, no simple solution.


scenario 1: remove both and have tissue expanders put in during that surgery, have radiation for 5 weeks, then put in the implants in a second surgery months later.
pros: least amount of surgeries, wake up after surgery with "something" there
cons: radiation effectiveness MIGHT be compromised with the expanders in place. the skin may be affected by radiation, and wont be repairable.

scenario 2: remove one, and do not have tissue expanders put in. have radiation for 5 weeks, have a second surgery to remove the second breast and put expanders in both sides at that time, followed by third surgery for implants several months down the line
pros:best way to deliver radiation, still have 1 breast for the time being.
cons:wake up with "nothing" on the bad side. is having 1 breast really better than having none, or is that worse? most # of surgeries.
symmetry may suffer as mastectomies happen during different surgeries.

scenario 3: remove both, no expanders. have radiation. have a second surgery to put in expanders... have a third surgery months down the road to put in final implants.
pros: radiation can be delivered easier, symmetry will be the same on the left and right.
cons: most # of surgeries, wake up with nothing on both sides.


i think we know what decisions will be made, but its really a lot to absorb, and make a good educated decision on whats best for trish. you can't just take into account the short term, or the long term... you need to take each into consideration.

there are physical and emotional extremes with all of the choices, but we need to weigh both and determine what is the best route to take for trish. although the short term is easiest to think about right now, we need to think about a year, 5, 10, 20 down the road, and the choices we make now, will affect the results later.

this will all be a distant memory in time, and although some choices may to tough to endure for the short term, trish is mentally and physically tough, and it wont be any worse than anything she has faced in the past six months.


needless to say, its a real personal decision.... and a difficult one.

saturday 10/25:
trish and steve took the boys to the redwood parents nursery school for a halloween fun day


sunday 10/26:
trish and cerena took the boys up to burlingame to get their hair cut

i finally got the bathroom countertop complete.. ive wanted to build a concrete countertop for 6 years, and i finally had an opportunity. took a few weeks, but its done. we had the terlet, then the tub and then the shower... its nice to finally have a working sink to go with it all... the bathroom is 98% complete now.


monday 10/27:
trish did some grocery shopping and did some baking for monday's play date.


tuesday 10/28: today... tuesday... and the first time in a long time we didn't have a chemo or herceptin appointment.. it was kinda nice. trish hosted a play date this afternoon with the story time moms and their kids. it was great having a bunch of kids play around in the backyard and decorate pumpkins.. i think everyone had a fun time.

we got a call from dr. jeffrey's office this morning, and trish's surgery is currently scheduled for tuesday, november 11th. we know this needs to be done, and surgery has always been "in the next month or so..." but now we know the day, and it makes it tougher, it makes it real, knowing that the date is closing in. nonetheless, the whole point of this is to get trish 100% healthy so we can get on with a worry-less, low maintenance life..


so over the past week, trish has been feeling absolutely great.
no signs of any sickness, fever, nausea, etc...
she is normal, and her hair is starting to come back, and she is really excited for that.

trish has been getting out of the house everyday, walking, driving and shopping.. just trying to lead a normal life. she pushes herself a little bit more each day, but makes sure she isn't overdoing it. her strength is on its way back and she seems to be smiling a little more these days.

sorry for not updating anything lately, but its been a great week and we just kinda savored it...

thanks for checking in... 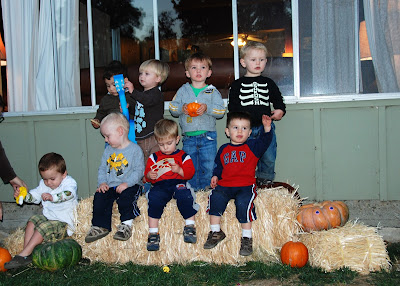 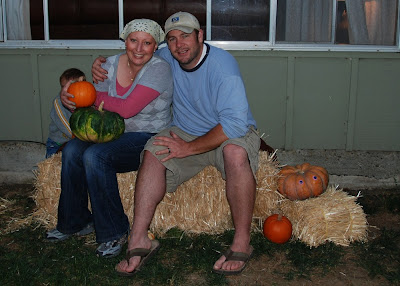 the missing link, the bathroom sink 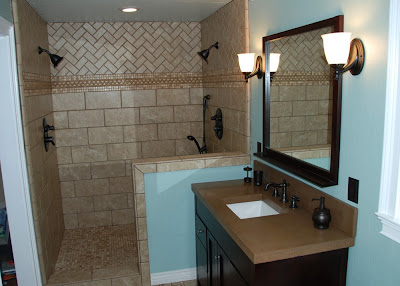 Trish...I always gain such inspiration from you. I am at Stanford right now receiving chemo. I will be here until either Thursday night or Friday morning...hopefully in time for "trick or treat". I have only 2 more left...at first 17 rounds (16 months of chemo) seemed impossible...but we do it...we are determined...and "c" definitely picked the wrong chicks. My ct scan is clear...still no NED and I will soon have another MRI on my foot. I am glad things are going well. I know the anticipation of surgery can be tough(it is not knowing the unknown)...but I remember how GREAT I felt knowing that the demon was finally out of my body...whether dead or alive...I just wanted him out. And you are right there. Keep staying busy...enjoying your family and your life. I am so proud of you...you are amazing.

Congratulations on everything...and you will make the right decision on what surgery option to make.

Trisha & Oak,
Thanks for the update. Glad Trisha has been feeling so GREAT! You both are amazing and inspire us daily. We wanted to let you know we've been thinking about you guys and hope to meet up, soon.
Happy Halloween!!
xoxox,
Lyndee & Family

Trisha and Oak, My friend Patty would like to share this poem with you that helped her through her hard time with cancer 15 years ago.... Untitled By Sylvvia Piveness They tell me that it's cancer, that the breast has got to go My anger makes me throw things and the tears won't stop their flow. I question all the doctors and I plow through every book 'cause I know I'll find their error if I study and I look. But al last I come to realize that the doctors all are right and I have to bite the bullet and to overcome my fright. The telephone keeps ringing it's my family and friends who tell me of their sorrow and the prayers that they send. Tomorrows operation day, It's time to say goodbye To a friend that's been a part of me-a thing that make men sigh! I know it's kind of silly talking to a mound of fat But we've shared a lot together and you're more to me than that. You've been my sign of femaleness,my sexiness and style. You've dictated my image and held up for quite a while. From groping teen-age "cop-a-feels" to college frat pre-meds, To loving, caring marriage strokes and pillowed babies heads. Thank You for a job well-done when needed you were there. I don't fault you for breaking down; just for breaking up a pair! I can't tell Mom and Dad just yet, the shock would be too much. I'll tell them when it's over then I'll keep in constant touch. It's D-Day and I'm in OR and suddenly start to sob When I see the lights and masks and know it's time to start the job. I say good-bye and drift away and the next thing that I know I hear a voice say "Here she comes" and "Sylvia, wiggle your toe" The first day is a haze of fog and I'm feeling pretty bad. My stomach wont' stop churning and my head's a cotton pad. My bathroom habits save me 'cause who else do you know that every minute has to walk from bed to bath to go? The next day I'm in great shape with makeup all in place. The IV's gone; I'm getting bored; but bed's still my home base. The flowers and the candy and the friends who come to say "My God, I can't believe how great you look in just one day." My doc (I think I love him) smiles "You need have no more fear. The lymph nodes say they're negative so now you're in the clear." Today I'm back at home again; it's just a memory. But I've got a flat reminder of what was done to me. I've got a great big luncheon date set up with all my friends. We're gonna laugh and eat and drink and pat the waiters ends. And then we're going shopping to find a new foam breast. They'll tell me if it's pointy and can pass the pinching test. We'll pick one that looks perfect so that when I strut my stuff I'll still get looks and whistles from the guys who think they're buff. So outside I'll be different and with changes some will see But if you look way down inside you'll see that I'm still ME!